These dimensions are something that is built once in your model and can be reused multiple times with different fact tables.

A confirmed dimension is a dimension which connects to multiple Fact tables across one or more data marts (cubes).  A confirmed dimension is physically implemented across multiple data marts with exactly the same structure, attributes,values(dimensions members), meaning and definition. Each instance means exactly the same thing providing the exact same context irrespective of the fact table to which it is connected or the data mart to which it belongs.

Here are some highlights of Confirmed Dimensions: 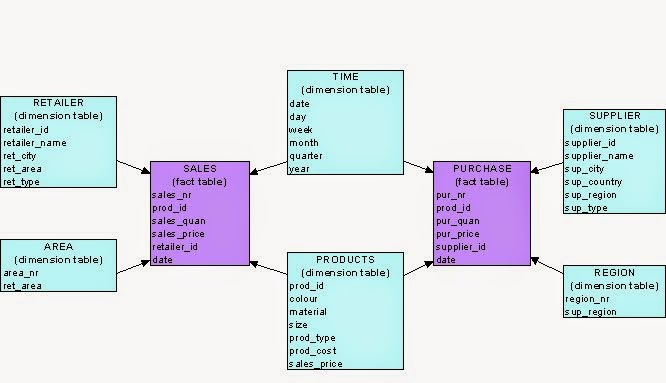 This is a dimension which is connected to the same fact table multiple times using different foreign keys. This helps the users to visualize the same cube data in different context/angles to get a better understanding and make better decisions.

Example : Consider a Time Dimension which is joined to the same fact table (Say FactSales) multiple times, each time using a different foreign key in the fact table like Order Date, Due Date, Ship Date, Delivery Date, etc. Essentially there is only one single physical dimension called Date Dimension. However, it is joined multiple times to the Fact table to help the users to visualize the cube data in the context of different dates.

Here are some highlights of the Role-Playing Dimensions : 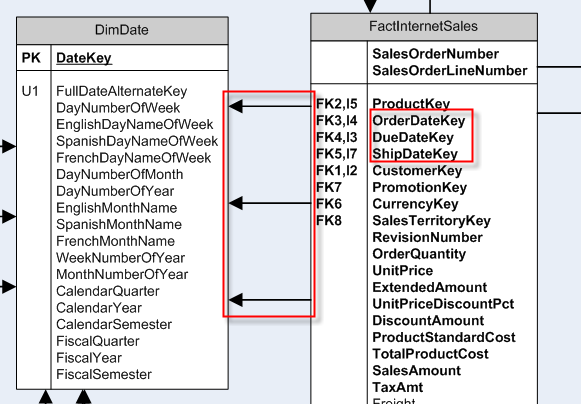 Example : Assume that there are two dimension table (Gender and MaritalStatus). The data of these two tables are shown below: 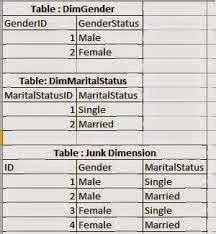 Here both the dimension has low cardinality flags. This will cause maintenance of two tables and decrease performance of SQL Queries. We can combine these two dimensions into a single by cross joining and can maintain a single dimension table as shown below in junk dimension.
Newer Post Home